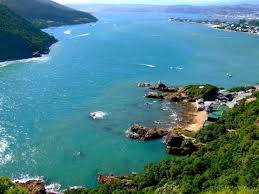 South Africa is a multi-ethnic country, with various influences from the native and outer cultures. It is also diverse in terms of geography, which has blessed it with some stunning natural bounties. The mining industry has made it an important centre for gold and diamond trade, as well as a blooming urban destination. Take a vacation to this African country, and explore its various amazing facets.

* Explore the ostrich farm in Oudtshoorn
* See natural formations inside the Cango Caves
* Visit the iconic Gandhi Square and Nelson Mandela Square in Johannesburg
* Go for a bungee jump from Bloukrans Bridge
* Take a cable car ride to Table MountainService tax @ 3.50% & TIPS OF 04 USD PER PERSON PER DAY

All expenses of personal nature like tips, mineral water, laundry charges, telephone charges, food and drinks not forming part of the group menus and optional tours.

Any meals at Sun City.

Any items not specifically mentioned in “tour cost includes