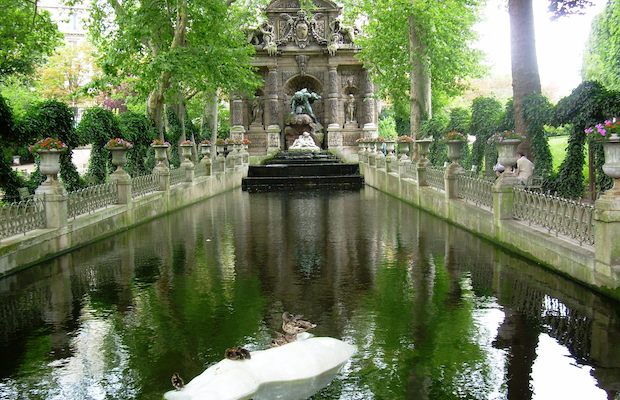 A Must-visit City On a Tour of Europe, Especially if Its Your First Time, We have Combined It in a Tour Package of Neighboring France as Well. But Amsterdam in Itself Has So Much to Offer By Virtue of Its Vibe, Multicultural Ambience and of Course Happening Night-life!

a Heady Cocktail of the Old and the New, and Enticing to Every Taste and Genre, Our Tours to Amsterdam, Especially in Spring and Summer are the Perfect Kaleidoscope of Art, Culture and Heritage.

in a City Full of Canals, the Best Way to Experience It is to Follow the Paths the Waters Take, On a Canal Cruise! Gently Glide Through the Waters and Feel the Pulse of the City, Passing Under Quaint Bridges Flanked By Adjacent Stately Town Houses. Enjoy a Glass of Wine and Savor the Local Smoked Cheese On Our Ladies’ Special Tour of Amsterdam and Loads of Meetime!

this Vibrant City is Certainly for the Young At Heart. the Atmosphere At the Dam Square with Its Historical Buildings Coupled with the Affable and Multicultural People, Packs Quite a Punch. We also Take You Off the Beaten Track to Some Unusual Places that are Not Always On the Tourist Trail as We Explore the City with Our Local Friends. the Cafes and Bars Here are Full of Energy. So Look Forward to this Women Only Holiday with Your Amigos is to Unwind and And have a Lots of Fun.

the City also Best Museums for Art Lovers. Take a Walk Down the Lanes of History in Anne Frank's House Depicting the Anguish of a Young Woman.the Alluring Sunflowers By Van Gogh, Best of Europe's Impressionist Paintings Can Be Found Here.blue and White Delft Pottery Dolls Make a Pretty Package to Take Back Home. Don’t Miss the Floating Flower Markets are So Special to Holland.

amsterdam is Certainly the Place to Be for the Culture Vultures as There is a Festival On Almost Every Weekend. the Biggest Street Party Happens On Kings Day in April, and We Want You to Be There with Us to Paint the Town Orange (not Red!) Why, Its Even More Fun that the Tomatina!

if You are a Hopeless Romantic, the Tulip Gardens of Keukenhof Which Will Open from 22 March Until 13 May 2018 Has to Be in Your Bucket List and We have Included that Dream Visit Too in Our Amsterdam Tour Packages from Mumbai.

this Tour is Combined with the Mystical and Magical Citiy of Paris. Savour the Essence of France with Day Trips to the Magnificent French Chateaux in the Loire Valley with Vineyard Tours in this Special Package

so, Take a Look At the Detailed Itinerary and Book Right Away!

What Makes this Tour Special ?

what Makes this Tour Special ?

we Cover Two of the Most Chic Cities of Europe! -amsterdam and Paris

savour Amsterdam and Paris in a Relaxed 3 and 4 Nights Each Trip!

capture the Kaleidoscopic Beauty of Amsterdam in the Tulip Season!!

enjoy a Walking Tour Around the Cities in the Many Beautifully Maintained Canals, Walk Down Anne Frank's House and Van Gogh's Museum

relish a Cheese Tasting Tour Paired with a Wine or a Beer!

discover Paris the Way Only Ladies Can!

a Loire Valley Day Trip with a Vineyard Visit is What Will Add a Miilion Bucks to Your Vacation Smile!

Meals other than specified.

Return Transfer to the local/Indian Restaurant

Any optional Sightseeing & Transfer not mentioned above.

Tips, Laundry or any other expenses of personal nature.

City tax to be paid directly at the hotel.

Any other details not mentioned above.

Lunch and Dinner on All days