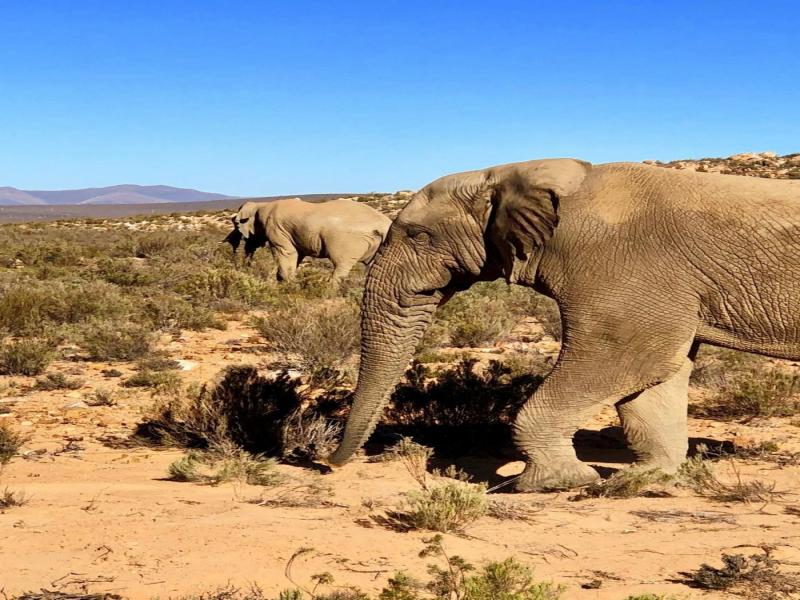 Aquila Private Game Reserve, just under a two hour scenic drive via the N1 from Cape Town, is named after the rare and endangered Black Eagle that thrives in the area. Proclaimed a Private Nature Reserve in 1985, this 4 star, Big 5, malaria free, 10,000 hectare conservancy is steeped in Boer War history and boasts 3 pristine biomes of vegetation set in the magnificent Karoo mountains, valleys, rivers and kloofs. Aquila has been recognised alongside major tourist attractions such as Table Mountain, Kirstenbosch and Robben Island as a must-see Cape destination. Aquila has all of the Big 5 - elephant, lion, buffalo, rhino and rare Cape mountain leopard - and is also home to giraffe and hippo. Aquila is also proud to host the first rhino to be born in the Western Cape in 250 years. Large herds of game are also found on the reserve such as black wildebeest, Burchell’s zebra, springbok, gemsbok, steenbok, caracal (lynx), blesbok, bat eared fox, ostriches, klip springer, duiker, greybuck, baboon, black backed jackal, eland and red hartebeest.

African Moon Adventures has been a dream of mine since the early 90’s and in 2015 the dream become a reality. Read More...