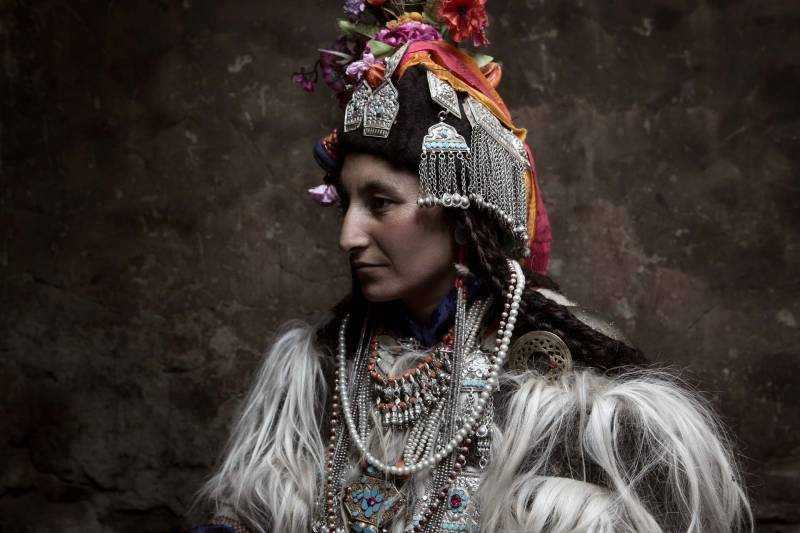 The Dard people claimed to be of Aryan race occupied lower Ladakh in about 200 BC. The inhabitants of the existing villages around khaltse are of the dard race. Over the course of many years, they mixed with the cultures of the Tibetan race.

Historians called the people of Dah, Hanu, Garkon, Dartsik and Batalik the Dard because they have been migrated from a place called Dardistan which is believed to be located near Gilgit (now in Pakistan). The word “Dard” is derived from Sanskrit which means people who live on the hill side. Some historians assert that when Alexandar’s army that came to India in 300 BC. returned to Greece left behind some troops in the Gilgit area and so Greece is the region where the Dard originated.

Ladakhis called them Brokpa or Drokpa which means people moving from place to place with their cattle in search of pasture. Before their permanent settlement in the above-mentioned villages, they were constantly travelling through Baltistan, Purig, Zanskar, Nubra and even in the upper region of Ladakh. The migration routes are clearly mentioned in their folk songs and they still sing those songs during their New Year and harvest festivals.

Drogpa areas have been outlined in the Tour Circuits. All the five Drogpa villages in Ladakh are open for foreign tourists. The greatest attraction in these areas are the villages, which are entirely populated by last remaining remnants of the Dards in the District. Dards are considered as last race of Aryans confined to Indus Valley. These villages have considerable anthropological and ethnographic importance. Chhopo Srubla, the harvest festivals is the most popular festival in this area. These are considered rare and eventful the year of Drogpa in which all the people of these villages come out in their colourful traditional dress and festival moods to celebrate the festivals.