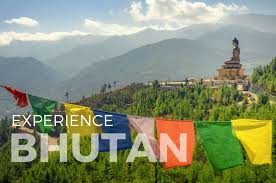 With the unique culture and heritage, Bhutan is a landlocked country located on the Himalaya’s edge having scenic mountainous beauty. Provasin Holidays let you experience the beauty of the charming and unexplored part of the Himalayas by offering the best Bhutan tour packages. The packages especially let you tour the best of Bhutan, ranging from its most prominent old dzongs, monasteries, scenic valleys, and beautiful rivers. There is a fairly good range of adventurous activities to experience in Bhutan, which you can avail with our Bhutan tour packages. Our exciting packages which have been designed keeping in mind the experiences desired by the adventure lovers. Bhutan Tour packages offered by us include trekking and river rafting. We have covered this unique experience in our Bhutan tour packages to add a perfect block to your whole experience in Bhutan. Get in touch with us to explore and endure the untouched and extraordinary beauty of Bhutan with a great price.