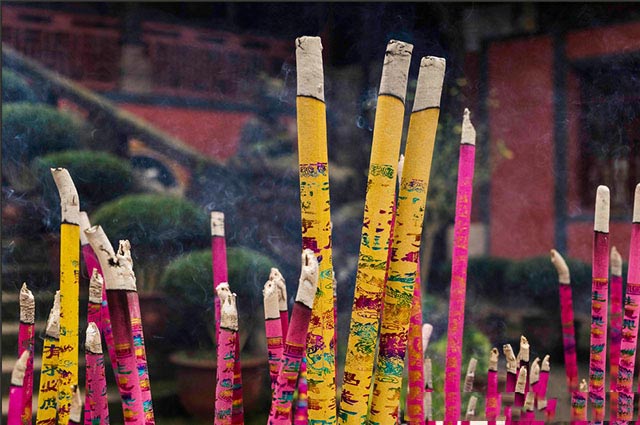 China has been a multi-religion country since the ancient times. It is well known that Confucianism is an indigenous religion and is the soul of Chinese culture, which enjoyed popular support among people and even became the guiding ideology for feudalism society, but it did not develop into a national belief. It makes the culture more tolerant to others, thus, many other religions have been brought into the country in different dynasties, but none of them developed powerful enough in the history and they only provide diverse people more spiritual support. Buddhism Buddhism penetrate daily life and had a substantial impact in architecture, sculpture, painting, music and literature. Over its long history, Buddhism has left an indelible impact on Chinese civilization. Many words and phrases have root in a Buddhist origin. Many people kowtow to whatever gods they encounter and will burn incense in any temple. In today’s China, Buddhist temples, Buddhist caves and grottoes and Buddhist Holy Mountains, especially the ones listed in the national or provincial historical and cultural relics. Taoism Taoism is a traditional Chinese native religion. It is a genuinely Chinese religion, which was formally established in the late Eastern Han Dynasty(2 AD). In general, Taoism theories reflect Taoism as a balanced relationship between human beings and nature. The most basic concept of this religion is Tao. Originally, Tao refers to the road extending in one direction. Roads having many forks or directions are not Tao in Taoists’ opinions. Tao also refers to the rules governing behaviors of human beings and objects. Laozi, the founder of Taoism, added his unique idea on Tao and made Tao as the core of his theology. In his opinion, Tao is a whole existing before the heaven and earth. Everything is the deviation of Tao.