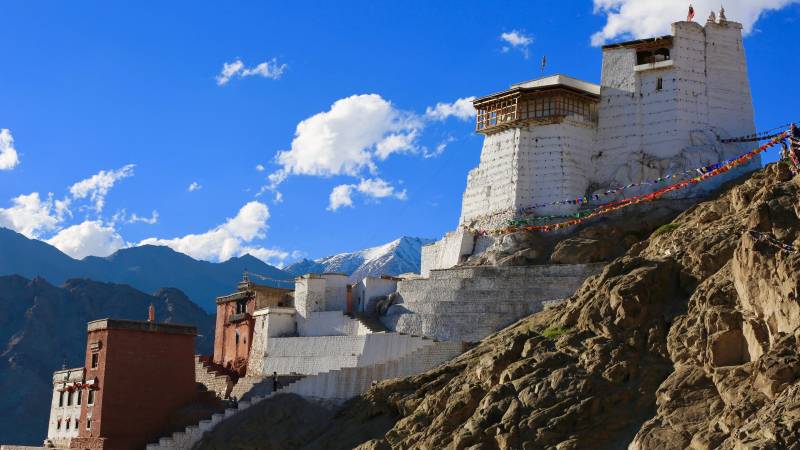 Unforgettable experiences, tranquil ambiance and immense natural beauty await you in Ladakh. For the best of sights and sounds of this region, opt for classic Ladakh tour. This extremely well-planned itinerary is a combination of popular attractions and destinations in Ladakh. You get to explore charming places, lakes, palaces, markets, valleys and monasteries in Ladakh, Indus valley, Pangong, and Nubra valley. Some of the highlights of the tour are Shey Palace, Hemis monastery, Pangong Lake, Hunder Sand Dunes, shopping at Leh market, and driving on Khardunga La. Get ready for a memorable sojourn. The tour is for visiting the popular monasteries of Ladakh. Your tour will cover all major monasteries including Thiksey, Hemis, Shey ,Rizong, Alchi, Lamayouru and Liker. These spiritual centres are an architectural marvel with a cultural legacy which creates curiosity in the minds of travelers. Thiksey boasts of being the most beautiful monastery in the central Ladakh region. Hemis is believed to be the largest and wealthiest monastery in Leh. The 11th century Spituk monastery is blessed with breathtaking views of the Indus. Shey is a popular palace with huge copper and gilded gold statue of seated Shakyamuni Buddha. Alchi temple Renowned as the oldest Buddhist learning centre, the Alchi Gompa is one of the magnificently built monasteries in Ladakh. Lamayuru Monastery Renowned as Tharpa Ling which means the ‘place of freedom’; Lamayuru monastery is one of the oldest and largest monasteries in Ladakh and said to have been built around the same time as Alchi Monastery. Likir Monastery also known as lu-Khyil gompa, the Likir Monastery was ordered to built by the 5th king of Ladakh Lhachen Gyalpo and was thus founded by Lama Duwang Chosje in 1065. Rizong Monastery according to popular belief, Guru Padmasambhava along with other lamas used to meditate in the caves around Rizong in isolation, surviving on two times meal a day