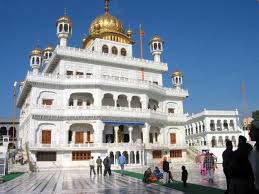 A distinguished name in the tourism and hospitality industry, we are Manashree Multi Services. Established in 2013 in Mumbai, Maharashtra, we have been catering to the needs of tourists from all over the world, providing them with a comprehensive range of services at affordable prices. We are widely known to offer the most efficient and cost effective services, such as :- •Tour Operators •Airline Ticketing Services •Rail Ticketing Services •Passport & Visa Services •Travel Insurance Services •Hotel Booking Services •Car & Coach Rentals •MICE Services •Domestic Tours •International Tours Travelling is meant to take away all your stress and worries and we make sure that we solve your purpose. Based in Mumbai, Maharashtra, Manashree Multi Services is a dependable and established Tour and Travel Agent offering expert services in the tourism sector. Our team of expert and industrious tour operators, organizers, planners and executives understand the importance of travelling and aim to satisfy the customers. With us, steer away from the stress and bother of making reservations and bookings for accommodation and commuting. Contact us to know more about our tour packages for Honeymoons, Family Holidays, Group Holidays, Romantic Holidays, Adventure Tours, Pilgrimage /Religious Tours, Heritage & Culture Tours, Wildlife Tours, Yoga & Ayurveda Tours, Golden Triangle Tours, and Buddhist Pilgrimage Tours. We perform everything in our power to make your journey smooth, pleasant, comfortable, and memorable. Contact us for hassle free services and standard packages or customize some for yourself and your family! Read More...