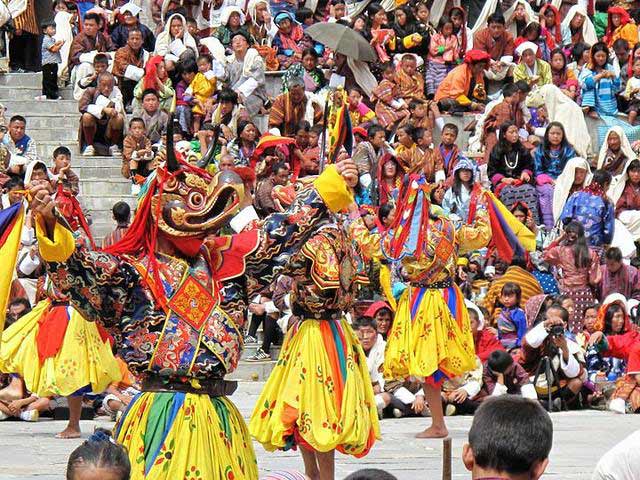 Highlights of Paro Festival : Paro festival is one of the most popular festivals in the country and amongst the tourist. Offers the best opportunity to witness the Bhutanese's rich culture, history and religion that distinguish the people and country distinctly from rest of the countries. Bring you a closer contact with the people and give you an insight into the Bhutanese lives, beliefs and more. During Tshechu the dances are performed by monks as well as by laymen. The Tshechu is a religious festival and by attending it, it is believed one gains merits. It is also a yearly social gathering where the people come together to rejoice dressed in all their finery.