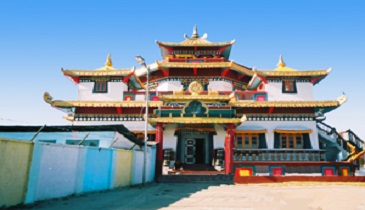 The enchanting beauty of the North East will sweep you off your feet it is so spell binding. Explore the charms of Darjeeling and walk in its tea gardens, spend a night in the serenity of Kalimpong and further to explore Gangtok, the capital city of Sikkim. Each place has its own allure unmatched to other. On this tour, explore the beauty of Darjeeling, Gangtok and Kalimpong. Soak in endless natural beauty on your 5-nights holiday to north east.

Payment Terms & Methods :
* 30% Advance Percentage of total booking amount
* Airfare/Transport fare to be paid full at one time in advance.

Journey Assist is a three-year-old travel management company in based Uttar Pradesh. It is the joint venture of Mr. Vivek Anand and Amit Kumar Sonkar. They laid the foundation of the company in the year 2016 in Lucknow. The headquarters of the company are situated in the city of New Delhi. The sole aim of establishing this travel management organization was to simplify all operations related to domestic & international tourism in India. Read More...