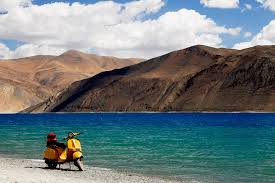 Dreamy Destination Tour & Travels is one of the most famous travel agencies in Shimla. Working in the industry more for than a year now, we have been able to gain a huge clientele in the city. All this has become possible due to the superior class travel services that we offer to the clients at affordable charges. We offer the services of tour operator, car & coach rental, railway ticket booking, hotel booking, flight booking and event management. We have hired a team of some of the most deserving and dedicated travel experts in the industry, who are widely known for their working ethics and capabilities. Read More...