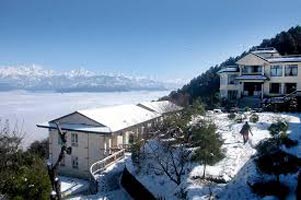 North Sikkim Tours & Travels Expedition is one of the trusted Tour and Travel Companies in Gangtok, Sikkim. We are registered and recognized by Department of Tourism, Government of Sikkim. Tours to North Sikkim are known for its pristine beauty and are appreciated by the travelers. Most of the tourists love to travel here, because the place offers the best organized tours with possibility of great travels and experience. We also arrange customized India Tours, Nepal Tours, Bhutan Tours, Kalimpong Tour, and Darjeeling Tours for our clients depending upon their interest. You can also enjoy exploring the exotic location of the North Sikkim such as Gurudongmar Lake, Yumesamdong, Yumthang Valley and all Treks in North Sikkim. For the safe and comfortable journey of the travelers, we provide impeccable travel related services such as Airline Ticketing, Rail Ticketing and Hotel Booking. We offer flexible services and make sure that we meet the expectations of the travelers. Read More...