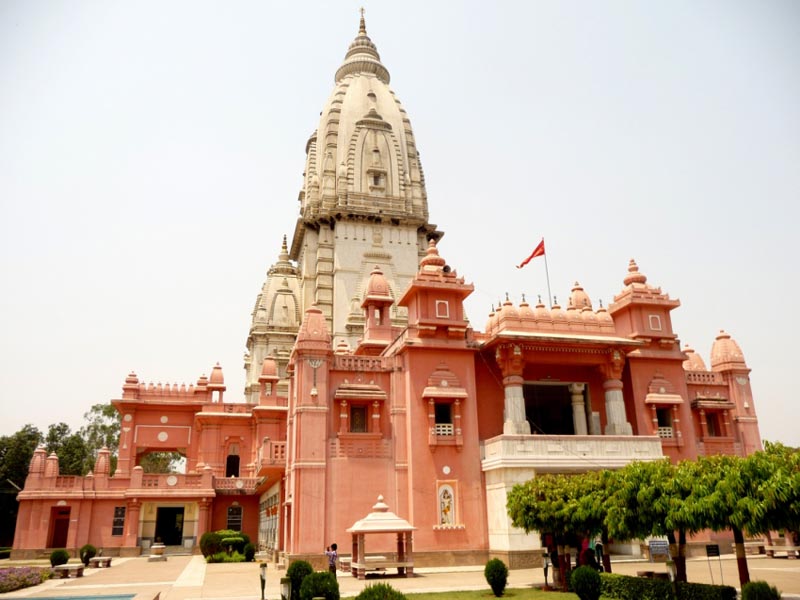 VARANASI: Oldest living city of the world dedicated to Shiva also know as the city of learning and Burning. The city has many important hindu temples including Kashi Vishwanath which is one of the Jyotirlinga. Others are Anoopuna Devi Temple, Kal Bhairvi Temple, sankat Mochan Temple, Durga Temple, New Vishwanath temple at the University campus, Tulsi Manas Temple and the unique Bharat Mata Temple. In addition to this there are various Ashrams. Visit to the Vishwanath temple for special prayers and aarti ceremony at the ghat , A holy dip in the Ganges , rituals and a boat ride are some of the highlights which one can do in Varanasi. CHITRAKOOT: closely associated with the epic Ramayan. Chitrakoot or "the hill of many wonders" is an important of pilgrimage. It is believed to be the place where Lord Rama and Sita spent their 14 years of exile and where the Sage Atri and Sati Anasuya meditated. The holy town is set in sylvan surroundings on the banks of the River Mandakini, also known as the Payaswaini river. The riverside is lined with ghats and the town dotted with temples dedicated to several deities of the Hindu pantheon. Kamadgiri a forested hill of prime religious significance is believed to be the original Chitrakoot. The Bharat Milap Temple is located here. Pilgrims perform a ritual circumambulation of the hill to seek blessings. Sphatik Shila This picturesque spot is marked by two immense rocks. It is believed to be the place where Lord Rama and Sita feasted their eyes on the beauty of Chitrakoot. Hanuman Dhara Located on a steep hillside, it is approachable by a flight of 360 steps. Here, the waters of a natural spring cascade over an image of Lord Hanuman.Ram Ghat on the banks of the River Mandakini, and centre of ritual activity, this ghat is the most frequented in Chitrakoot. MATHURA AND VRINDAVAN: Mathura is known as birth place of lord Krishna and is located on the western bank of river Yamuna For about 3000 Year it was the hub of culture and civilization .. Mathura is considered as Athens of India. The great school of sculpture known as Mathura school of Art flourished here for 1200 Years. Such prolific creativity and gushing devotion to novel. All round the year a large number of Festival and fairs are held in Mathura and adjoining areas of Vrindavan Gokul, Brij and Goverdhan The places of Pilgrimage importance are. VISHRAM GHAT The sacred spot where Lord Krishna is believed to have rested after slaying the tyrant Kansa. DWARKADHEESH TEMPLE : Built in 1814, it is the main temple in the town. During the festive days of Holi, Janmashthami and Diwali, it is decorated on a grandiose scale. GITA MANDIR in city outskirts, the temple carving and painting are a major attraction.Vrindavan is 15 km from Mathura , another major place of pilgrimage. It is noted for its numerous temples - both old and modern. The name Vrindavan evokes the playfulness and lovable characteristics of Shri Krishna.