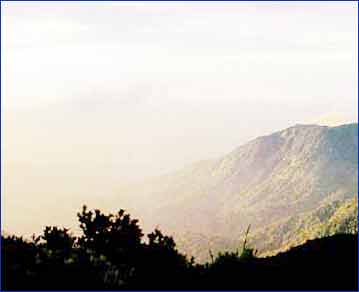 #1
Amont Things to Do in Khao Luang

Known as the green roof of southern Thailand, Khao Luang Mountain consists of igneous rock with scattered limestone, and is the highest mountain on the Thai Peninsula at 6,019 feet (1,835 metres). The mountain receives rains from both the eastern and western monsoons, and the rainy season can last for nine months, resulting in many vigorous streams and powerful waterfalls. Garom, Phrom Lok, and Tha Phae are all multi-leveled falls tumbling through tropical forest.The most famous is Narn Fon Sen Har, which for many years graced Thailand's highest denomination banknote. Khao Luang, which translates as "great mountain", has a significant place in modern Thai history. A combination of heavy rains and deforestation on some of the mountain's lower slopes caused catastrophic landslides in 1988 that killed over 300 villagers. As a consequence, a countrywide ban was placed on commercial logging. A three-day round-trip to the summit follows the route of mountain streams running through superb evergreen forests. An indication of Khao Luang's biological riches is evident in the 300 species of orchids found on its fertile slopes.

All Places to Visit in Khao Luang