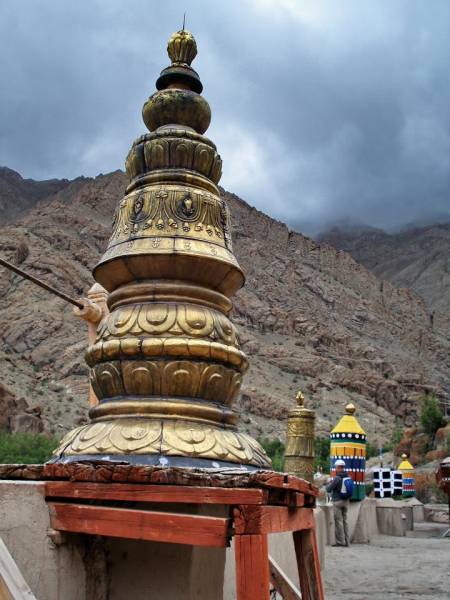 The barren beauty of Ladakh with snow capped peaks and clean azure sky have attracted the intrepid traveler. Ladakh has become a favorite haunt for trekking and mountaineering enthusiasts. The rugged terrain and the majestic mountains around, make an exotic cocktail for an adventure sport lover.
This region witnesses summer season between the months of April and September and this is the best time to visit Ladakh when temperature lies around 20 to 30 degree Celsius. But before you decide to fly away to the land of Buddhist monasteries and mountainous beauty, it is very important to understand that you need at least a week to enjoy your tour to Ladakh. Since, acclimatization it self needs at least a few days in Ladakh. Buddhism is the dominant religion in Ladakh and one can find its stamp all over in Ladakh.