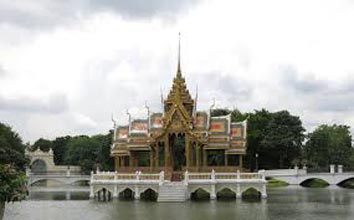 Detail Destination: Thailand Duration: 7 days Ayutthaya had consecutively been a prosperous kingdom for 417 years. There had been 33 kings who reined the kingdom over that period, beginning with King Uthong in 1893 B.E.Possible Thailand visa International Air tickets from your country Domestic air ticket Other meals and all drinks at meals Airport taxes Hotel early check in / Late check out Overweight luggage Personal expenses Travel insurance Tips & gratuities Other services not listed in inclusive column Boat cruises Regular hotel check-in time at 02:00pm and check-out time at 12:00pm