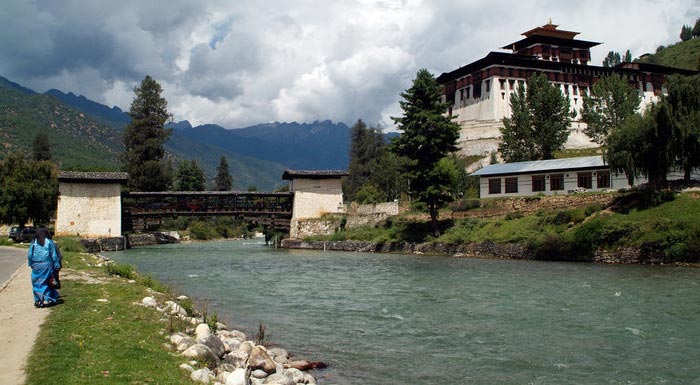 Per person rates (in Rs.) - applicable on 2 persons staying together sharing the same room. All the customers need to carry Either original Voter ID or Passport to travel to Bhutan, and passengers with children need to carry Birth Certificate along with School ID card (ID proof should be valid for 6 months from the travel Date). Service Tax extra as applicable. To travel to Punakha you need to obtain permit by submitting clear scanned copies of the voter ID card and Passport for adults and birth certificate for kids. You also need to carry the original of these documents while travelling to Bhutan. Transportation as per itinerary only (not available at disposal). Package rates are subject to change without prior notice. Meal plan: EP - Accommodation only, CP - Accommodation with breakfast, MAP - Accommodation with breakfast, lunch or dinner, AP - Accommodation with breakfast, lunch and dinner. The package cannot be combined with any other offer. Refund on cancellation depends upon concerned hotel's cancellation policy. Only Indian citizens are entitled to make an instant/online booking on the site as these rates are not valid for foreign nationals/foreign passport holders. In case of unavailability in mentioned hotels, alternate accommodation will be arranged in a similar category hotel.

Krishna Air Travel was established in the year 2008. It is located in Gurgaon, Haryana. The company has been scaling new heights in the domain of Tour and Travel under the spirited guidance of the CEO Mr. Bidya Nand Lal. Read More...