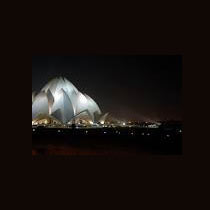 In The World’s Largest Democracy, Nature, Tradition And History Provide The Most Ideal Setting For Any Meeting Of Minds. India Can Match Any Country In Fulfilling The Most Exacting Demands Of International Standard Incentives. The Country Boasts Of Hotels That Not Only Rank Among The Best In The World But Also Provide Excellent Personalised Services. As Far As Themes And Entertainment Go, India Is Unique. Where Else Would One Be Welcomed By A Breathtakingly Stunning Royal Procession With Richly Caparisoned Elephants, Camels And Lancers On Horseback Lining The Way? Where Else Would One Stay In Extravagant Palaces That Revive The Gracious Lifestyles Of The Maharajas, Discreetly Blending Modern Amenities? Or Experience The Majesty, Pomp And Pageantry Of A Royal Life-Style As You Enjoy The Royal Sport Of Polo? Or Have One Of The Seven Wonders Of The World As A Backdrop To A Mughal Theme Evening. Lift The Veil - Enter Into The Majesty And Opulence Of Maharajas Whose Dynasties Ruled Here For Centuries. Festivities, Entertainment And Banquets Punctuate A Delightful Tour. Come Let The People Of India Open Their Hearts To You.Any Airfare / Train Fare Any Meals Other Than Mentioned Above Any Expenses Of Personal Nature.