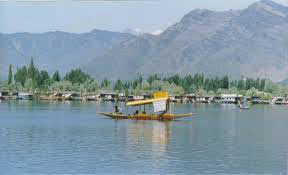 Set Like A Jewelled Crown On The Map Of India, Kashmir Is A Multi-Faceted Diamond, Changing Its Hues With The Seasons - Always Extravagantly Beautiful. Two Major Himalayan Ranges, The Great Himalayan Range And The Pir Panjal, Surround The Landscape From The North And South Respectively. They Are The Source Of Great Rivers, Which Flow Down Into The Valleys, Forested With Orchards And Decorated By Lily-Laden Lakes. The Mughals Aptly Called Kashmir ‘paradise On Earth’ Where They Journeyed Across The Hot Plains Of India, To The Valley’s Cool Environs In Summer.Any Airfare / Train Fare Any Local Guide Any Adventure Activities Any Cable Car / Pony Ride In Pahalgam & Gulmarg Any Adventure Activities Any Local Car For Chandanwari & Aru Trip Any Meals Other Than Breakfast & Dinner Any Expenses Of Personal Nature