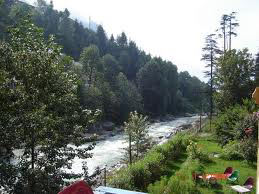 Blessed With Some Of The Most Spectacular And Beautiful Landscapes Anywhere, It Is A Travellers Paradise - Lofty Snow Peaks, Deep Gorges, Lush Green Valleys, Fast Flowing Rivers, Enchanting Mountain Lakes, Flower Becked Meadows, Beautiful Temples And Monasteries Steeped In Time. The Main Attractions Of Himachal Pradesh Include Shimla, Once The 'Summer Capital'Of British India And Now Capital Of Himachal Pradesh; And The Lush Green Kullu Valley Is One Of The Most Beautiful Place On Earth With The Snow-Capped Himalayan Peaks As A Backdrop And The Sparkling Beas River Running Through It.Any Local Guide Any Adventure Activities Any Meals Other Than Breakfast Any Expenses Of Personal Nature