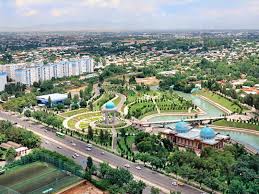 Payment Terms & Methods :
➢ No booking has been made yet and rooms are subject to availability upon your confirmation.
➢ Surcharge (if any) will be extra on actual.
➢ Midnight transfer charges would be extra if transfers between 11pm and 6am.
➢ Above cost valid on minimum guarantee as stated in your query email.
➢ Service Tax extra.
➢ If payment made in cash more than INR 50000 in one financial year, please provide your PAN number & address.
➢ The itinerary is tentative subject to change without prior notice.
➢ Above rates are strictly based on minimum 02 adults & any change in the no of pax will have an effect on given rates.
Please read this user terms & conditions carefully because as of now there is peak season so following some general conditions.
1) 45% of Payments on confirmation of booking.
2) 55% at the time of Reconfirmation & applying visa.
3) If fails to deliver the above mentioned terms that will attract auto cancellation of services & none issuance of services.

Yuti Holidays is a prominent name, operating as a single window solution provider for a variety of travel operations. The company got established in 2011 and running well under the headship of Mr. Lakhan Bafana & Ms. Sonali Bafana. We are based in Pune (Maharashtra, India) and we operate as a tour operator in the travel domain of India and abroad. Besides, we render services for airline ticketing, rail ticketing, passport & visa, travel insurance, hotel booking, and cruise booking needs of the travelers. Read More...