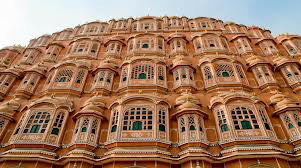 Discover Rajasthan Tour takes the traveller to the north-western region of India. The Rajasthan Tour India is described through adjectives like exotic, majestic, culture and heritage, palaces and forts, based on the glory of the past. Also gives a glimpse of forts and monuments through the architectural preserved buildings that now houses star hotels.

Rajasthan is actually coverage of once brave Rajputs warriors who were rulers of this region for 1000 years. The landscape as is visible through Rajasthan is half desert and remaining bony hills interspersed with greenery where wildlife flourishes. The people of the land of Rajasthan known for colorful clothing, headgear and long pointed mustaches. The buildings of earlier times speak of romance, bravery and truthfulness of the promise of the Kings.

Discover Rajasthan Tour lets you enjoy camel, jeep desert safari. The cities are nicknamed as Jaipur the pink city, Jaisalmer the golden sandcastle, Udaipur simmering lake, Pushkar amidst sacred Lake Etc. All through the year Rajasthan keeps tourist itinerary the ongoing festival fair.Any meals other than those specified.
Entrance fees during sightseeing.
Any other item not specified.
Expenses of personal nature such as tips, telephone calls, laundry, liquor etc.