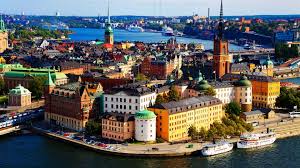 Holiday Enroute is a professionally managed firm, operating as a single-window solution provider for a variety of travel services. Operating with an aim to make travel simple and affordable, we cater to domestic inbound and outbound travelers across different profiles. Apurva Agrawal is the brain behind the incorporation of Holiday Enroute. Our company headquarter is based in Patna (Bihar, India) and we have been operating in the travel domain since 2019. Read More...