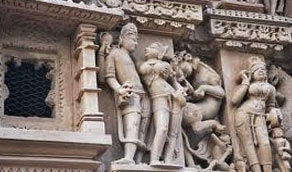 A day's excursion on Delhi tour will show how many invaders ruled over the city.Jaipur capital city of Rajasthan Jaipur tour will enlighten you about Raja Jai Singh II who established this planned city. The view of the city spread out is visible from Nahargarh Fort. From City Palace the shops radiate in all directions. Other sightseeing place includes small palaces like Bissau House, Khetri Niwas, museum, Jantar Mantar, Hawa Mahal, Ram Niwas Gardens, Central Museum, Rambagh Palace, Sheel Mahal, Suhag Mandir Jaigarh Fort etc. Agra Taj Mahal tour is the dainty gossamer architectural structure of Mughal times at Agra at a distance of 200 km from the capital city Delhi. Taj Mahal tour guide will enlighten travelers of the 17th century mausoleum monument created by Shah Jahan in remembrance of his highly valued wife Mumtaz Mahal. Today Taj is included in the list of world renowned structures. Taj Mahal tour takes a round of the entire campus of Taj Mahal which took 22 years for construction by 20.000 workers on the banks of river Yamuna. Taj Mahal tour creates wonder in the minds of the onlooker on seeing stainless white marble interspersed with semi-precious gems.Orchha Orchha in the Tikamgarh district of Madhya Pradesh was the erstwhile capital city of the redoubtable Bundela kings. 16th and 17th century palaces and temples make Orchha, a famous tourist destination in Madhya Pradesh.Khajuraho well know city of temples khajuraho once happened to be the capital city of Rajputs. Khajuraho temples is famous through out the world for its medieval Hindu temples and more so for its erotic sculpture. Built over a span of a hundred years, from 950 to 1050 AD, the Khajuraho temples represent the expression of a highly matured civilization and are the country's unique gift of love to the world.Any meals other than those specified. Expenses of personal nature such as tips, telephone calls, laundry, liquor etc. Entrance fees during sightseeing. Any other item not specified.