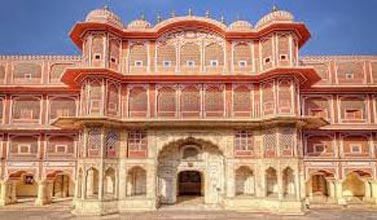 Offered by : Kanaiya Tours and Travels 0/5


About Kanaiya Tours and Travels

Traveling is as Important for Healing and Rejuvenation as Medicines. in Fact, Travelling Heals Quicker and Better. We Make Sure that Your Trip Solves this Purpose By Taking You On the Most Easy Going and Comfortable Journey of Your Life. We Area Kanaiya Tours and Travels, a Distinguished Name in the Tourism and Hospitality Industry of Jamnagar, Gujarat. We Offer the Most Efficient and Cost Effective Travel Related Services, Including Tour Operators, Taxi Cab Provider, Car Rental Services, Hotel Booking Services and India Tours. We also Offer Economy Cars, Standard Cars, Premium Cars, Luxury Cars, and Wedding Cars for a Comfortable and Convenient Journey. Read More...