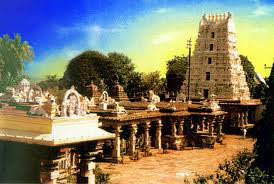 Hyderabad Srisailam and Other Places Tour

This is a Fantastic 6 Nights and 7 Days Piligrimage Cum Excursion Holiday Package Spanning 7 Days Covering one of the 12 Jyotirlingas and other ancient Temple Towns and Hyderabad City. The Following Hotels are Provided, at the option of the Client, At Hyderabad : Hotel Tulip Inn - The Best 3 Star Hotel In The State Of Andhra Pradesh. Hotel Sri Sai Regency - Excellent 2 Star Hotel. Hotel Sai Krupa - Decent Standard Hotel. At Other Places, The Guest Houses/Hotels of AP Tourism Department are Provided.All Food expenses other than what mentioned in inclusions. All Entry Fees. Expenses of Personal Nature. Anything that is not mentioned in "inclusions".02-0331-12

Saanvi Tours & Travels is a professionally managed travel agency engaged in providing exciting holiday packages globally. We hold expertise in both inbound and outbound tour operations, offering memorable International & Domestic tour packages to the clients. We have collaborated with many outstanding companies all over the world so that we can provide our clients the best possible holiday packages. Along with the Holiday Packages, we are widely known for offering Airline Ticketing services, Hotel Booking services, Car Rental Services etc. We can play a pivotal role in organizing mesmerizing tour packages and making your travel experience convenient. Saanvi Tours & Travels was established by a highly experienced professional who opted for voluntary retirement from the services of a Nationalized Bank after working for 23 years. With the rich legacy of working for a service-oriented organization for so long and with the same spirit of honesty, the organization has been established in the heart of Hyderabad, India. We are growing rapidly since our inception. It is due to our hard work and honest services that we have become a household name in Hyderabad City. With the dedication and conviction to provide quality services, the organization has become very popular amongst the Travel Agencies and Tour Operators all across the country. We are also into air-ticketing services at highly competitive prices. Read More...