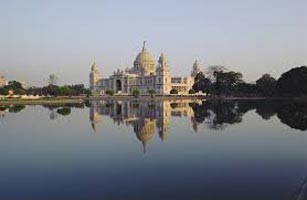 In The Footsteps of the Buddha tour

International Airfares / Visa Charges Personal nature Expenses i.e. Telephone calls, Laundry, soft / hard drinks, etc Any Guide and Monument entrance charges, Tipping at Hotels, Portrages at railway stations, Restaurants or any other locations other than Airports / stations. Camera, Video Fee (Nominal charges) at the monuments or any particular performances / shows. Supplement for the Domestic Air Fare is provided separately. Any other item & services not mentioned above as “INCLUDED” or in programme.

Since 3rd Century BC, from the time of Megasthense till present day – India has enthralled travelers. Today the home to nearly one fifth of the world’s population, India remains a country of incomparable fascination whether you are coming for the first time or a seasoned Indologist. At Ecowin, we specialize in individual & group tours to India since 1999. Providing a friendly, caring and professional travel service to different corners of India is a passion for us. Our local expertise, knowledge and experience make us one of the most trustworthy and dependable tour operators in India. Being a trusted Tour Operator, Ecowin Tours is known for organizing Buddhist Pilgrimage Tours, North India Tours, East India Tours, West India Tours, and South India Tours. While designing your travel programs, we make sure that all the travel arrangements are carefully organized. In order to do so, we also render prompt travels services such as hotel Booking Services and Car & Coach Rentals Services. Read More...