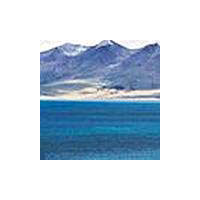 Offered by : Beyond Boundaries 0/5

Introduction Mt. Kailash, 6,740 m is situated to the north of the Himalayan barrier, wholly within Tibet. It is the perfect mountain with awesome beauty, with 4 great face. It is the spiritual enter for four great religious. Tibetan Buddhism, Hinduism, the Jain religion and the pre-Buddhist animistic religion- Bonpo. The Tibetans it is known as Khang Rimpoche (Precious Jewel of Snow) and they see it as the navel of the world. It is said that a stream from the mountain pours into a nearby lake and from here rivers flow in the four cardinal directions. The river of the Lion Mouth to the North, the River of the Horse Mouth to the east, the River of the Peacock Mouth to the south and the River of the Elephant Mouth to the West. Strangely enough, four major rivers do indeed originate near Kailash, the Indus, the Yarlung Tsangpo (Brahmaputra), the Karnali and the Sutlej. Tibetans believe that it is the residence of Demchog, a fierce looking tantirc deity who lives there with his consort, Dorje Phagmo. For the Tibetans also, it is a particularly special place in that their poet saint Milarepa, spent several years here meditating in a cave.We provide numerous travel services of kailash mansarovar tour, muktinath tour, kailash mansarovar yatra, kailash pilgrimage tour, kailash mansarovar tour package, muktinath tour package, tour to mansarovar adventure tour to kailash mansarovar etc. A Shiva - Linga Shaped MT. Kailash from the Northern Face. For the Hindus Mount Kailash is the earthly manifestation of MT. Meru, their spiritual center of the universe described as a fantastic \' World Pillar 84,000 miles high, around which all else revolves, its roots in the lowest hell ans its summit kissing the heavens. On the top lives their most revered God, Shiva and his consort Parvati. For the Jains, an Indian religions group, Kailash is the site where first prophet achieved enlightenment. For the older, more ancient religion of Bon, it is the site where its founder Shanreab is said to have descended from heaven. It was formerly the spiritual center of Zhang Zung, the ancient Bon Empire that once included all of western Tibet. Bon people walk around the mountain in a counter clockwise manner unlike the other religious. Over the centuries pilgrims have constantly journeyed immense distances to achieve enlightenment or cleanse themselves of sin, braving enormous distances, particularly harsh weather and bandit attacks.

More Packages by Beyond Boundaries