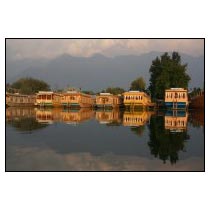 Once in a while, everyone needs to take a break from the busy schedules and participate in any recreational activity and what can be better than visiting a place and enjoying its beauty? Visiting a beautiful place will enable you to forget all the worries in life and it will surely give you the energy to go back home and plan for your upcoming schedules. And, Akash Tour Planner will help you in such an endeavour. We design the best of travel plans for you and make your journeys, enjoyable and unforgettable. Read More...