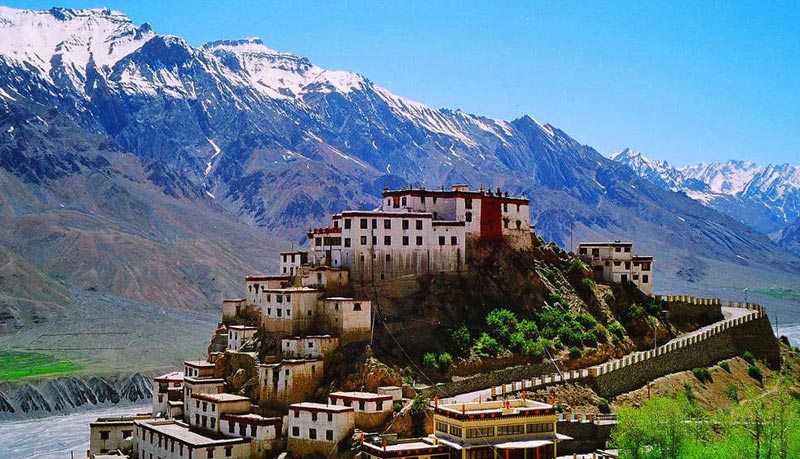 What we provide:- All accommodation for 9 nights {from DAY 01 at New Delhi till DAY 9 at Mashobra} (twin/ triple sharing basis) in comfortable hotels/ guest houses or swiss-camps in scenic & off beat destinations Breakfast & Dinner at gourmet eating joints on the way Chai/ Coffee & cookies (11am & 5pm) twice on ride days Inner Line Permits and Wildlife fees for restricted areas for Indian Nationals Basic First Aid Kit & medicines Services of certified & experienced guides/ instructors for high altitude trekking/ biking/ jeep safaris in the Himalayas Services of Wilderness Medicine Institute Certified guides/instructors from NOLS,USA Services of a Royal Enfield trained specialist mechanic for the full duration of the trip Itinerary options and pricing:- 9 Nights/ 10 Days INR 35,000/- per person for riders/ pillions INR 45,000/- per person in a SUV (4 - 5 people per SUV/ all front facing)Any Air/ bus/ taxi/ jeep fare GST @ 5% Lunch; we eat at dhabas along the road & pay directly there & then Expenses of personal nature like laundry, internet, wifi, telephone/ fax calls, bed tea, mineral water, aerated/alcoholic beverages, juices, entrance and camera fee at monuments/ museums, medical expenses, gratuities etc. Any kind of insurance, such as accident, theft, medical, evacuation etc. Any item, activity or facility other than clearly mentioned within the inclusions & itinerary above Cost of petrol & spare parts of any kind Traffic fines, vehicle servicing & or maintenance etc. The cost of motorbike rental (if applicable) Any entry fees, any tips, porter/ pony charges or any other expenses incurred by the participants during the sightseeing, rafting, paragliding trips, other than as clearly mentioned within the inclusions and itinerary Any extra costs incurred due to extension/ change of the itinerary due to natural calamities, road blocks, vehicle breakdown etc. factors beyond our control Additional accommodation & or food charges due to unforeseen delays in the journey