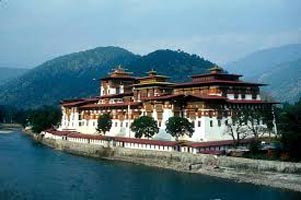 A Distinguished Name in the Tourism Industry, We are Indo World Tours Pvt. Ltd. Since Our Inception in 2014 in New Delhi, India, We have Gained Immense Recognition in the Industry Owing to Our Impeccable Services and Inexpensive Rates. We Offer Comprehensive Travel Services to Our Clients Throughout the World. Contact Us for Tour Operators, Airline Ticketing Services, Rail Ticketing Services, Hotel Booking Services, Car & Coach Rentals, Domestic Tours, and International Tours. Our Entire Service Range is Priced Absolutely Economically and is Meant to Provide Utmost Comfort to Our Clients. Get in Touch with Us to Know More About Our Services Today! Based in New Delhi, India, Indo World Tours Pvt. Ltd Aims At Providing Happiness Through Tourism. We have a Team of Professional Organizers and Planners Who are Adept At What They Do. They Aim At Providing Maximum Satisfaction and Comfort to Tourists from all Over the World, Making Sure that Their Trip Flows By Smoothly, Leaving the Memories of Nothing But the Fun They Had. We have Advantageously Defined Packages for Honeymoons, Romantic Holidays, Family Holidays, Beach Holidays, Group Holidays, Adventure Tours, Pilgrimage /religious Tours, Heritage & Culture Tours, Wildlife Tours, Yoga & Ayurveda Tours, Golden Triangle Tours, and Buddhist Pilgrimage Tours that We Offer At Inexpensive Rates. We Specialize in Providing Tours for Nepal, Bhutan, Sri Lanka, and Tibet. Contact Us for Our Standard Packages or Let Us Specially Design Something Up for You. Read More...