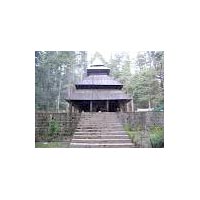 Items of personal nature like Porterage, Tips, Laundry and Mineral Water.
Monument entrance fee.
Boat ride on Lake Pichola in Udaipur.
International/Domestic flight.
All other items and services not mentioned above.

Paras Tour & Travels is a Prominent Name amongst the Tour Operators in Agra, Up. to Make Your Holidaying Experiences More Enjoyable and Relaxed, We Bring Forth a Range of India Tours to Various Destinations. Along with the Tour Packages, We also Offer Our Travel-related Services, such As, Airline Ticketing Services, Rail Ticketing Services, Travel Insurance Services, Bus Ticketing Services, Hotel Booking Services and Car & Coach Rental Services. all Our Services are Aimed At Providing Maximum Comfort to You During Your Journeys. We are also Known in the Industry as a Trusted Event Organizer in Agra. Read More...