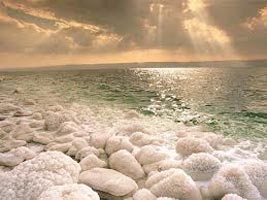 (Meet and assist at the airport upon arrival land departure
(02 nights at the mentioned or similar in Amman.
(02 nights at the mentioned or similar in Petra.
(01 night at the mentioned or similar in Wadi Rum.
(02 nights at the mentioned or similar in Dead Sea.
(All transfers in a A/C comfortable vehicle/coach (Depending on the total number of guest travelling).
(Accommodation on Half Board (Breakfast and Dinner) basis at the chosen hotel category.
(A English speaking guide during sightseeing.
(All entries to sites and museums mentioned as per the itinerary
(Horse ride at Petra for 800 meters
(Portrages at most hotels and airports(Expect Petra)
(Tips to hotels staff(Airfare
(Visa fees
(Cost of travel insurance or any other insurance.
(Departure Tax if departing from Port and Land borders: US$ 15.00 Per person
(Carriages at Petra
(Tips to guide and driver (Recommended: US$ 7.00 Per person per day)
(Tips to horse boy at Petra (US$ 3.00 Per person)
(Lunches not included unless specified
(New Year Eve Gala Dinner during those departure dates are not included and the charges will be advised
at the time of booking.
(Any expenses of personal nature such as porterage, laundry, wines, mineral/bottled water, food & drink
not in the regular menus provided by us, mini bar and telephone calls.
(Government Service Tax of 4.5%

Preview of the Prices