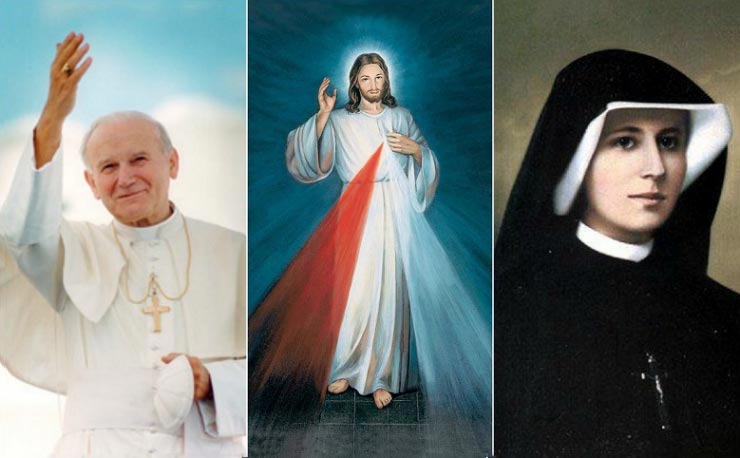 During the Saint John Paul II and Saint Faustina Kowalska tour you will visit unique sites related to the lives of the great Pope and of sister Faustina, such as for example: Wadowice (the Pope’s birthplace), Krakow (where he grew up and studied), or Zakopane – (a charming city in the Tatra mountains where he loved to trek and ski). We will also take you to the Lagiewniki Sanctuary (where sister Faustina worked), Czestochowa (the most important Polish shrine housing the famous Black Madonna) and Auschwitz Nazi Camp (the symbol of Holocaust). We guarantee hotels of 3, 4 or 5* according to your preferences. The extended 8 days option also includes a visit to the capital of Poland (Warsaw). We will show you the holy places visited by the Pope and we will teach you about the everyday life of sister Faustina. Outside the city you will be able to admire the monastic complex in Niepokalanow, Saint Faustina’s house in Glogowiec and the parish church in Swinice Warckie. Below you can find the detailed agenda of the Saint John Paul II and Saint Faustina Kowalska tour.Entrance fees to Wawel Royal Castle (up to 25PLN/pp) Entrance fees to Royal Tombs, Bell Sigismund, Cathedral Museum at Wawel Hill (11 PLN/pp) Folk show in the restaurant (Krakow) 600PLN