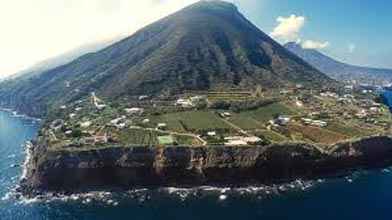 This 17-day tour around Sicily has been designed to give the first-time visitor an overview of the island’s diverse and fascinating history, art and traditions. Explore prehistoric, Greek and Roman sites across the island. Enjoy the dramatic scenery of Sicily and the Aeolian Islands, with their volcanoes and steep coastlines. Visit medieval Norman cathedrals with fine Byzantine mosaics. Sample some of Sicily’s excellent wines and Arab-influenced cuisine. An optional five-day extension to Malta is also available. Explore The thriving colonies of the ancient Greek world – wealthy, cultured centres of literature and art Ancient Phoenician, Carthaginian and Roman societies, and their struggle to control the Mediterranean The lasting legacy of medieval Arab and Norman rule, expressed in the mosaics and architecture of Palermo The distinctive period of ‘Sicilian Baroque’ architecture Dramatic countryside, including active volcanoes The natural beauty and traditional lifestyle of the Aeolian Islands HIGHLIGHTS A private boat trip of the Aeolian Islands from Lipari to Stromboli and Panarea Outstanding archaeological museums in Siracusa, Agrigento and Lipari The Sicilian Baroque architecture of Noto and Ragusa The 4th-century mosaics in the Roman villa at Piazza Armerina The UNESCO World Heritage mosaics of Monreale and the Palatine Chapel in Palermo, undertaken by Byzantine masters for their Norman rulers An excursion to the summit of Mt EtnaReturn international/domestic air travel unless those flights take place during the tour Special taxes and airport levies that can only be paid in cash at the destination. We will advise you of these charges (if any) before you depart Costs involved in obtaining visas for countries visited, where required Travel insurance. We require all participants to have comprehensive travel insurance. A typical policy for one of our tours will cost from $160 upwards, depending on your age, pre-existing medical conditions, the countries you are visiting and the overall length of your trip Lunches and dinners not specifically mentioned as included in the itinerary Personal expenses such as laundry and phone calls Costs associated with any activity mentioned as “optional” in the itinerary, or any suggested free time activity