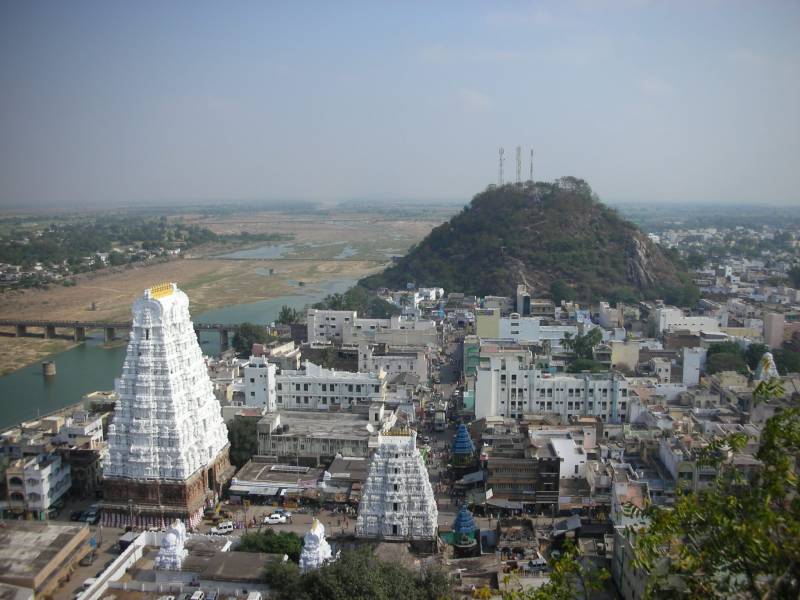 The Town of Tirupati is One of the Most Ancient and Spectacular Places of Pilgrimage in India. It is Situated in the Chittoor District in Southern Andhra Pradesh. the Town Owes Its Existence to the Sacred Temple of Lord Sri Venkateswara Situated On the Tirumtirupati Tirumala Kalahasti, Holliday Packageala Hill Adjoining It. with a History that Dates Back to Over Twelve Centuries, the Temple is the Jewel in the Crown of Ancient Places of Worship in Southern India. the Tirumala Hill is 3200 Ft Above Sea Level, and is About 10.33 Sq Miles in Area. It Comprises Seven Peaks, Representing the Seven Hoods of Adisesha, Thus Earning the Name, Seshachalam. the Seven Peaks are Called Seshadri, Neeladri, Garudadri, Anjanadri, Vrishabhadri, Narayanadri and Venkatadri. the Sacred Temple of Sri Venkateswara is Located On the Seventh Peak, Venkatadri (venkata Hill), and Lies On the Southern Banks of Sri Swami Pushkarini. There are Several Legends Associated with the Manifestation of the Lord in Tirumala. the Name Tirupati, Meaning the ‘the Lord of Lakshmi’ Should have Been Appropriately Applied to the Village On the Venkata Hill, the Abode of the Lord. However, It Has Been Popularly Assigned to the Municipal Town At the Foot of the Hill, While the Village Around the Hill Near His Temple is Called Tirumala (the Sacred Hill). tirumala Tirupati Devasthanams (ttd) Maintains Twelve Temples and Their Sub-shrines in the Tirumala-tirupati Area. sri Kalahasthi Temple this Ancient Temple Dedicated to Lord Siva is One of the Panchabhootha Stalams (temples Celebrating Lord Siva as the Embodiment of the Primary Elements), Air Being the Element in Case Here, the other Five Temples Being Tiruvannamalai (fire), Chidambaram (space), Thiruvanikkaval (water) and Kanchipuram (earth) Respectively. Sri Kalahasthi is Located Near the Pilgrimage Town of Tirupathi and is Visited By Thousands of Pilgrims. the Temple is also Associated with Rahu and Kethu (of the Nine Grahams or Celestial Bodies in the Indian Astrological Scheme). the River Suvarnamukhi Takes the Northerly Course At Sri Kalahasthi Almost Washing the West Wall of the Famous Sri Kalahasthi Temple in the Chittor District of Andhra Pradesh. Inside this Very Large Temple Situated Between Two Steep Hills - Sripuram and Mummidi- Cholapuram - is the Sivalinga Set to Represent the Element of Vayu (air or Wind), Whose Presence is Evident By a Continuous Flame Which Flickers Though There is No Loophole for Air to Enter the Temple. sri Kalahasthi Temple is in Fact Considered as the Kailash of the South or Dakshin Kailash. the Protector of Devotees, the Granter of Boons, the Merciful Lord Siva, the Three-eyed, Manifested in the Form of Vayu Linga in the Bilwaka Grove On the Banks of River Suvarnamukhi. Lord Siva, Manifest in the Form of Vayu Linga, is Known to the Devotees as Sri Kalahastheeswara.Pooja tickets at Kalahasti Mangapura, kapilatirtha and Tiruchanur. All meals Other entrance charges.