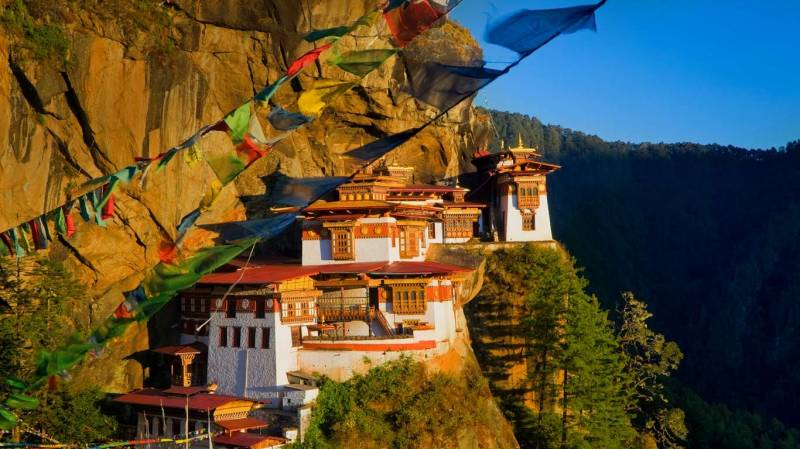 Bhutan is a landlocked nation in South Asia. Situated in the Eastern Himalayas, it is bordered by Tibet Autonomous Region of China in the north, the Sikkim territory of India and the Chumbi Valley of Tibet in the west, the Arunachal Pradesh province of India in the east, and Assam and West Bengal in the south. Bhutan is geopolitically in South Asia and is the locale’s second slightest crowded country after the Maldives. Thimphu is its capital and biggest city, while Phuntsholing is a border town and the gateway of Bhutan located at the southern foothills of the kingdom. Bhutan is the country of rolling hills and towering crags exuding an ultimate charm. With magnificent mountains, dense forests, delightful people, pure air and architectural inspiration, the country turns into a superb place for holidaying. Discover a number of holiday packages of Bhutan displaying on our portal. Our Bhutan tour packages offer pleasant trip to Bhutan, memorable stay in its hotels, sightseeing and various fun activities. Buy Bhutan tours and go for a memorable vacation and cherish life.

Eastcape Holidays Pvt. Ltd is a growing name, operating as single as a single window solution provider for a variety of travel needs. The company got established in 2018 with a sole motive to render safe and affordable travel solutions. Mr. Ajay Gupta, C.P Gupta, and Ms. Renu Gupta collectively handle our company operations. Working under their guidance, we have secured a good name in the travel domain. The company is headquartered in Kushshinagar (Uttar Pradesh, India) and we cater to inbound, outbound and domestic travelers. Read More...