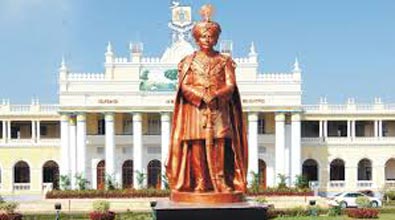 For the travelers to South India, the 13 days is a popular South India holiday tour covering Tamilnadu, Kerala and Karnataka. Visit the ancient town Mamallapuram or Mahabalipuram, the temple town of Kanchipuram, followed by Tiruchirapalli or Trichy, Thanjavur or Tanjore, the temple town Madurai, the jungles of Periyar, Kochi with a Jewish synagogue, Garden city Bangalore, Mysore with magnificent palaces, temples of Belur & Halebid and Sravanbelgola. Continue to Chennai or fly out from Bangalore.

Accomodation with breakfast, All transfers & city tours with air-conditioned vehicles.