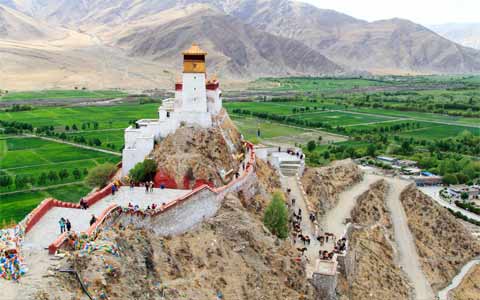 This cultural tour from Lhasa to Kathmandu begins from Lhasa - the heart of Tibet, to Tsedang - the "cradle of Tibetan civilization", Gyantse - Tibet`s traditional town and Shigatse - Tibet`s second largest city, and ends at Kathmandu - a golden heaven to the most famous artists in the world. A big feast of colorful landscape and exotic culture has been prepared for you.