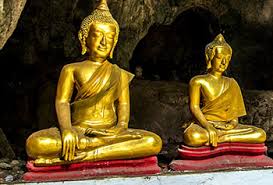 This tour includes the important places where Buddhism attained its heights. You will get a change to visit the places where Buddha was born, got education and enlightment. Buddhism believes in non-violence, was developed by Lord Buddha and followed in various parts of this World especially in South East Asian countries.International airfare, visa fees, driver / guide gratitude;
Any personal nature expense and any service not mentioned under "The Package Includes" head