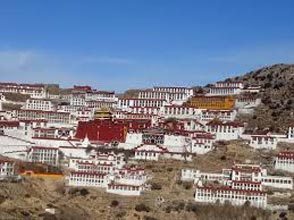 Lhasa, capital of the Tibet Autonomous Region, covers an area of 544 square kilometers and is "The Land of Gods" in Tibetan, sits on the north bank of River Lhasa, a tributary of the YarlungTsangboRiver, at an altitude of 3,700 meters. It has a history of over 13 centuries. With more than 3,000 hours of sunshine annually, Lhasa is famed as "the City of Sunshine". It is the capital of Tibet Autonomous Region and the center of Tibet's political, economic, cultural and religious activities. There are many historic sites and famous relics in the city proper and its suburbs, among which the Potala Palace, Jokhang Temple, Drepung Monastery, Sera Monastery and Ganden Monastery are all world-famous.

Shannan, covering an area of 79'000 km in the middle reaches of YurlongTsangpu River and south to Mountain Nyancheng Tanghla is the cradle place of Tibet civilization. The yearly average temperature is between 7℃-9℃. The average altitude is 3700 meters above sea level. There are a lot of historical interests surrounding Tsedang (the capital city of Shannan area) of which Samye Monastery, Mindroling and Trundruk monasteries, and the first palace in Tibet named Yumbulakang are all famous.