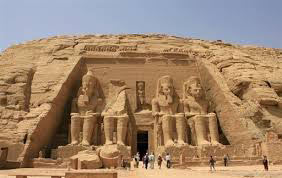 Tips & Gratuities. (Hotel - $ 6.00 USD per person/per day and Cruise - $ 8.00 USD per person/per day) You can give tips fully to our guide upon arrival and he will distribute on your behalf. Personal expanses e.g. (tel., beverages, laundry, room service etc.). Entering the Pyramids Chamber from inside, solar boat & Mummies Room at the Egyptian Museum. First Pyramids (Pyramid of Khufu): $ 25.00 US per Adult. Second Pyramids (Pyramid of Khafre or Kephren):$ 11.00 US per Adult.

Vacation is all about checking various different places with one simple feeling - traveling is undoubtedly amazing! If you also believe in the same notion, then it’s the time to pack your bags and go on a long vacation. On the other hand, missing out any important factor like booking your air ticket, last minute hotel conformation, or availability of the guide can be a spoil sport in this regard. In order to save you from such hassle, Travvel Extent has come with a total customer-friendly travel services. We offer Airline Ticketing Services, Passport & Visa Services, Cruise Services, Hotel Booking Services, and Event Management Services to our clients keeping their financial restriction in mind. \r\n\r\nAt Travvel Extent, we are known for designing tour packages on two different themes - Tour by Destination and Tour by Theme. Domestic Tours & International Tours belong to former category and Wildlife Tours & Honeymoon Tours come under the later category. Read More...