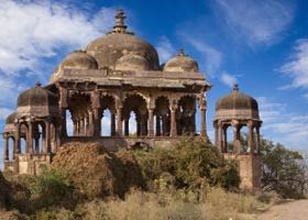 This is a fascinating journey through exotic Rajasthan and the western state of Gujarat, exploring the region’s rich cultural heritage and natural abundance. Tigers at Ranthambore, lions at Sasan Gir, birdlife at the Bharatpur and Hingolgarh sanctuaries can be seen together with a kaleidoscope of historic forts, fascinating palaces, vibrant towns and remote villages to make this tour an unforgettable experience. The tour begins with a visit to the magnificent Taj Mahal and nearby Fatehpur Sikri, the 16th-century Mughal capital, before arriving at Bharatpur Bird Sanctuary, home to hundreds of rare species including egrets, kingfishers and the spectacular migratory Siberian cranes. We continue our journey to famous Ranthambore National Park, one of the best places to see tigers in the wild. A highlight of the trip is a two-night stay in the Pink City - Jaipur, the capital of Rajasthan. Few places in India showcase such a glittering array of sights: imposing Amer Fort, the bejeweled City Palace, Hawa Mahal (Palace of Winds) and the teeming city bazaars. On reaching Gujarat, our focus moves back to the natural world: we visit the otherworldly salt flats of the Rann of Kutch, famed for its population of Asiatic wild ass, and Sasan Gir National Park, home of the last surviving population of the majestic Asiatic lion. We take safaris into the park in search of the big cats and other wildlife. En route between these two far-flung natural wonders, a stopover in the atmospheric old town of Bhavnagar is included to provide a fascinating glimpse into Gujarati life. Our Wild West adventure ends with a visit to the nearby Hingolgarh Bird Sanctuary, before a drive takes us to the Gujarati capital, Ahmedabad, followed by an enjoyable train ride south to Mumbai. HIGHLIGHTS: Asiatic lions at Sasan Gir National Park Tigers at Ranthambore National Park Elephant ride at Amer Fort, Jaipur Rann of Kutch, the salt flats located on western tip of Gujarat The colourful, exuberant city of Jaipur 16 days from 1725$ per person. International flight not included.International flight tickets Travel insurance Domestic flight tickets for the sector: (Jaipur - Ahmedabad) Lunch and Dinner through out the trip except Full board in Zainabad and Sasangir National Park Miscellaneous Expenses - drinks, souvenir, personal expenses etc. Tips for driver and other local staff Charges for Camera in the monuments and Parks The cancellation and baggage insurance, assistance and repatriation Indian Visa All services not mentioned in "Inclusion"

Discover the land of Maharaja, Rajasthan and get submerged in the environment of the emblematic palaces and spectacular forts. Read More...