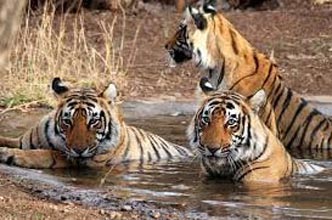 Accommodation on Double sharing basis. Breakfast with room only in all hotels. All Meals in Ranthambhore hotel. 01 Morning Tiger Safari. Dinner & Breakfast in sam sand dune with Rajasthani folk dances. All Transfers and Sightseeing by Toyota Etios or Suzuki Dzire.Monument Entrance or camera charges payable. Any airfare and train fare applicable. Personal Expenses such as Laundry, telephone calls, tips & Liquor. Any other cost not mentioned in the inclusions. Additional sightseeing or usage of vehicle not mentioned in the itinerary.