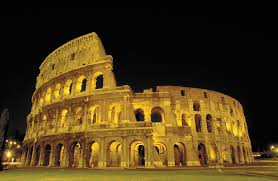 Journey Bond is counted amongst the most promising names in the industry of tourism. We have been catering to a variety of tour & travel requirements of various holidaymakers across the nation, since our inception. We provide various travel services at the most affordable charges. Our list of travel services comprises event management services, flight booking services, travel insurance services, hotel booking services, tour operator services and passport & visa services. We offer a wide variety of tour packages to the clients. Moreover, our specialization in providing various international tour packages has made us more popular in the travel industry. Since incepted, we have been able to appoint and maintain some of the most professional and experienced travel industry experts. These experts have been working in this domain for so many years and are experts in accomplishing their assigned tasks in a short time.Journey Bond is a Jaipur (Rajasthan, India) based company, which was incorporated in the year 2017. Journey Bond has been able to become a notable name in the travel industry under the expert guidance of Mr. Vinay Katta. Read More...