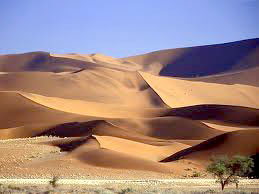 Offered by : Chaturvedi Travels and Tours 0/5

Any Airfare, Train fare, Overland Journey which is not mentioned in the Itinerary. Any personal nature items like Laundry, bar bills, table bills, camera fee, tips or any other item. Major Meals i.e. Lunch & Dinner GUIDE / ENTRY FEES, BOATINGS, Elephant Riding / HORSE RIDINGS ETC. DURING SIGHT SEEINGS Any Medical /rescue evacuation due to mishaps. Optional Activities mentioned in the itinerary Any other things that is not included in the “Package Cost Includes” Column.Note: Any changes in Govt. taxes, Hotel Tariff, etc will be intimated before confirming the Package. Cost incidental to any change in the itinerary/ stay on account of flight cancellation due to bad weather, ill health, roadblocks and/or any factors beyond control. Government Service tax @ 3.09 Extra Every passenger is traveling on his own responsibility. The company will not be responsible for any loss of luggage or any accidents. We are not responsible for theft or damage to your luggage. Also note that Video & Audio systems are prohibited in commercial vehicles as per law and we do not guarantee for it always.


About Chaturvedi Travels and Tours

Chaturvedi Travels And Tours is one of the leading destination management companies located in Gwalior, Madhya Pradesh. We organize inbound and outbound tours, and also offer holiday packages and tours by theme. Clients can also avail many travel related services from us such as car & coach rental, hotel booking, airline ticketing, rail ticketing, passport & Visa, travel insurance, cruise services etc. Besides that we are engaged in organizing events and are reckoned as a reliable event organizer. The company’s entire operations are backed by a team of diligent professionals who are committed to provide memorable travel experiences to clients. They strive hard to provide various tours and services to clients at strikingly low charges. Read More...