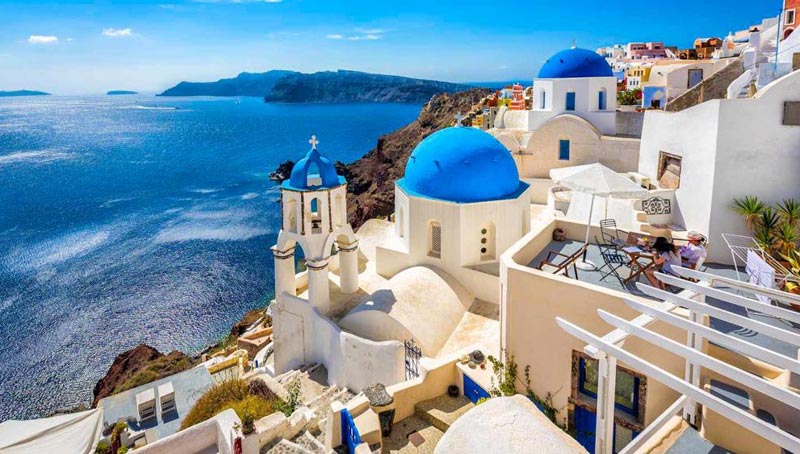 Greece Is A Country In Southeastern Europe With Thousands Of Islands Throughout The Aegean And Ionian Seas. Influential In Ancient Times, It'S Often Called The Cradle Of Western Civilization. Athens, Its Capital, Retains Landmarks Including The 5Th-Century B.C. Acropolis Citadel In The Parthenon Temple. Greece Is Also Known For Its Beaches, From The Black Sands Of Santorini To The PartyAnything else not mentioned in inclusions.
Air fare / Train fare / Visa Fees / Monument fare.
Expenses of personal nature such as tips, telephone calls, laundry, liquor etc.
Guide & Entrance fees during sightseeing or any other item not specified in 'cost inclusions'
Any increase in taxes or fuel leads to increase in surface transportation and land arrangements, which may come into effect prior to departure01-0230-11

RS Travels is a tour and travel firm deeply rooted in Rajpura (Punjab, India). The company is engaged in providing travel solutions to the tourists across India and abroad. Our motive is to organize dream-like vacations for the travelers, which they will cherish for a lifetime. We understand the importance of a comfortable accommodation, mode of transportation, and other travel requirements. Therefore, we strive to facilitate all the travel requirements of the tourists who rely on us for their tour. Read More...