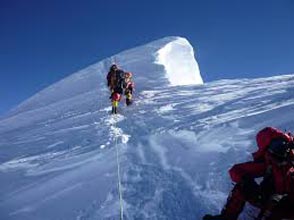 Mount Everest is the highest mountain in the world. This giant sits on the crest of the Himalayan Range between Tibet and Nepal.

This mount Everest expedition offers you a chance to see the great Mt.Everest. The best time to view Mt. Everest is early May and October. Due to the clear weather here, you will have a great chance to see the true face of Mt.Everest from head-to-toe. To view the sunrise and sunset here, you can do nothing but feel marvel for the nature’s masterpiece.