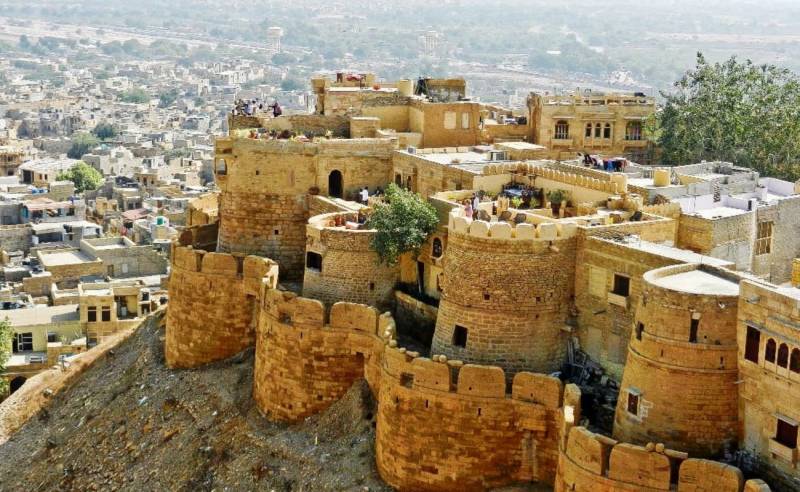 Jodhpur is a City in the Thar Desert of the Northwest Indian State of Rajasthan. Its 15th-century Mehrangarh Fort is a Former Palace That’s Now a Museum, Displaying Weapons, Paintings and Elaborate Royal Palanquins (sedan Chairs). Set On On a Rocky Outcrop, the Fort Overlooks the Walled City, Where Many Buildings are Painted the City’s Iconic Shade of Blue. jaisalmer is a Former Medieval Trading Center and a Princely State in the Western Indian State of Rajasthan, in the Heart of the Thar Desert. Known as the "golden City," It's Distinguished By Its Yellow Sandstone Architecture. Dominating the Skyline is Jaisalmer Fort, a Sprawling Hilltop Citadel Buttressed By 99 Bastions. Behind Its Massive Walls Stand the Ornate Maharaja's Palace and Intricately Carved Jain Temples.