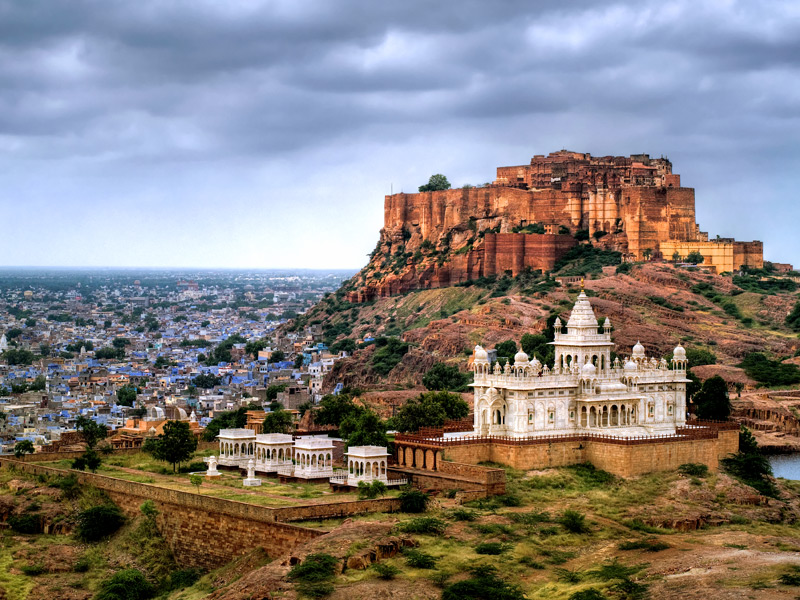 Jaipur is the Capital of India’s Rajasthan State. It Evokes the Royal Family that Once Ruled the Region and That, in 1727, Founded What is Now Called the Old City, or “pink City” for Its Trademark Building Color. udaipur, Formerly the Capital of the Mewar Kingdom, is a City in the Western Indian State of Rajasthan. Founded By Maharana Udai Singh Ii in 1559, It’s Set Around a Series of Artificial Lakes and is Known for Its Lavish Royal Residences. jodhpur is a City in the Thar Desert of the Northwest Indian State of Rajasthan. Its 15th-century Mehrangarh Fort is a Former Palace That’s Now a Museum, Displaying Weapons, Paintings and Elaborate Royal Palanquins (sedan Chairs). Set On On a Rocky Outcrop, the Fort Overlooks the Walled City, Where Many Buildings are Painted the City’s Iconic Shade of Blue. jaisalmer is a Former Medieval Trading Center and a Princely State in the Western Indian State of Rajasthan, in the Heart of the Thar Desert. Known as the "golden City," It's Distinguished By Its Yellow Sandstone Architecture. Dominating the Skyline is Jaisalmer Fort, a Sprawling Hilltop Citadel Buttressed By 99 Bastions. Behind Its Massive Walls Stand the Ornate Maharaja's Palace and Intricately Carved Jain Temples.Rail / Air fares Meals Not Mentioned In The Itinerary. Entry Fees To Monuments, Gardens, Parks And Palaces. Anything Not Mentioned In The Inclusions. All Items Of Personal Nature - Porterage At Hotels And Airports, Tips, Insurance, Laundry, Liquors, Wine, Etc. Any Cost Arising Due To Natural Calamities Like Landslides, Roadblocks, Etc. Any Increase In Taxes Or Fuel Leading To An Increase In Surface Transport. Ayurveda Charges.